Sunday, June 21, 2020 was the annular solar day, the day that an annular solar eclipse occured when the moon covered the sun from the center leaving the outer rim of the sun perceptible. It gave an impression of a ring – popularly called the "ring of fire". The word "annular" comes from a Latin word "annulus" meaning, "a ring".

The cool thing is, it also happened to be The Father's day { Happy Father's day Alex, and well, all father's around the globe }

On a sidenote, my subjective senses made me feel like, that Sunday was the hottest day literally, when i was outside cruising | commuting around the streets here in Dar es salaam Tanzania, i felt like i was getting roasted by the flames of the Sun! I don't think though if that had anything to do with the annular solar eclipse that occured, its just the sun burning as usual around this equatorial area.

So, back to the solars, what is a solar eclipse you might ask? Well according to wikipedia, a solar eclipse is when a portion of the Earth is engulfed in a shadow cast by the Moon which fully or partially blocks sunlight. This occurs when the Sun, Moon and Earth are aligned. Such alignment coincides with a new moon (syzygy) indicating the Moon is closest to the ecliptic plane.

Animated path of the eclipse.

Where as the solar eclipse that happened on 21/06/2020 was an annular solar eclipse occuring when the Moon's apparent diameter is smaller than the Sun's, blocking most of the Sun's light and causing the Sun to look like an annulus (ring) as shown in the above gif and below pic. An annular eclipse appears as a partial eclipse over a region of the Earth thousands of kilometres wide. 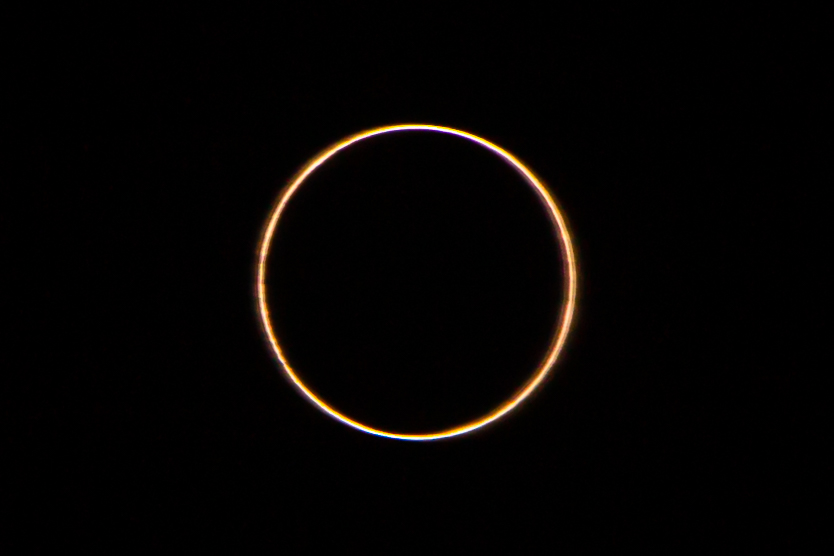